In a blog post on July 6th, I wrote about an encounter with two cow moose and three calves along the Animas River (One Calf or Two?). This was the first time that I saw the twin calves that were born around the first of June 2021 just south of Silverton. Unfortunately, shortly after I first saw them their mother was killed by a car on highway 550 just west of town. At barely over a month old they were left to fend for themselves.

After the death of their mother, the twins have regularly been sighted in and near town. This makes sense since they were born just south of town. As the Silverton locals have seen them wandering around town, they have “adopted” them, providing regular reports on their whereabouts and reminding others to give them their space and to keep dogs away. With the help of friends and neighbors I have attempted to keep track of them as shown in the photos below. I have also provided updates to local officials at Colorado Parks and Wildlife, who are aware of their situation (CPW Durango).

Given the interest in the orphaned moose twins and their “adoption” by the town, they needed names. The son of a friend suggest the name of Dennis for another moose calf born back in May just outside of town (Dennis the Moose Calf). The twins are brother and sister, so my wife suggested keeping the cartoon character theme and calling the twins Linus and Lucy after the Peanuts characters.

As with most moose calves, Linus and Lucy have grown considerably in the approximately 7 months since they were born. After just a few months their light brown coats were replaced by the thick, darker coats that adult moose have. While moose calves are typically fully weaned by late fall, the twins were forced to learn to survive on willows and other foliage after nursing for just over a month. It appears, however, that they have managed to adapt to their unfortunate circumstances. The fact that they are twins and can rely on each other is no doubt a significant advantage. I have never seen one of them without the other one close by.

It is not clear whether their regular presence in town aids their survival or is detrimental in the long term, but for now they appear to be healthy and doing well. At their current size they don’t really have any natural predators, although as their mother sadly demonstrated the biggest threat is likely from vehicles on the highway. Hopefully they can avoid a similar fate and will manage to survive the harsh winter conditions of the San Juans. 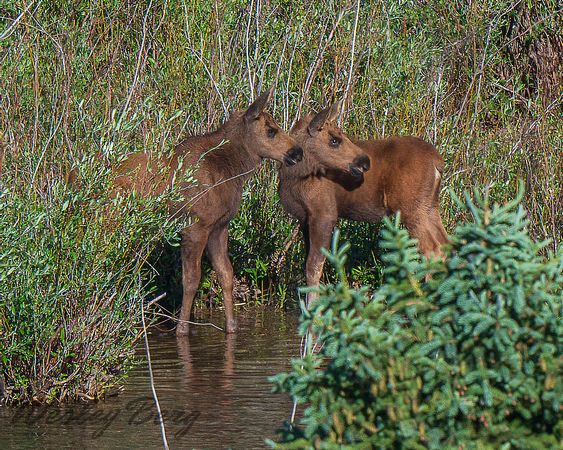 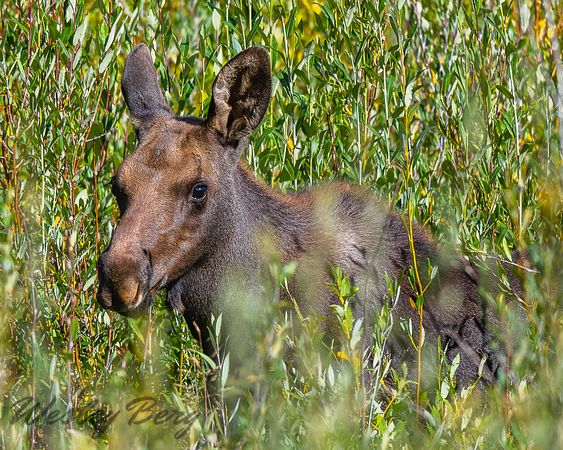 Lucy Among the Willows 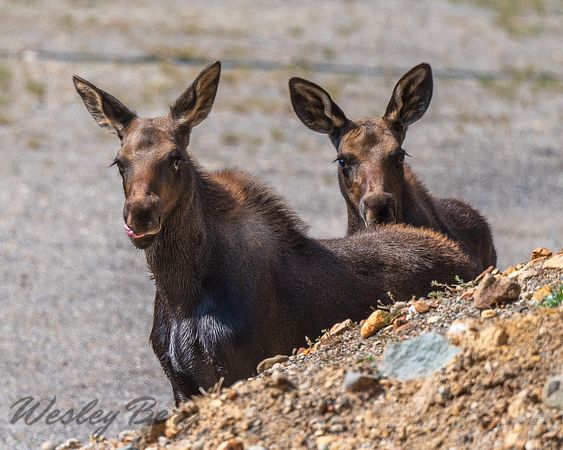 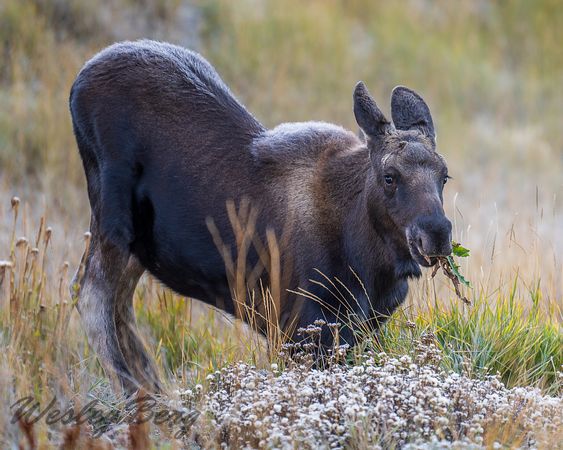 Linus Kneeling Down to Feed on the Grass 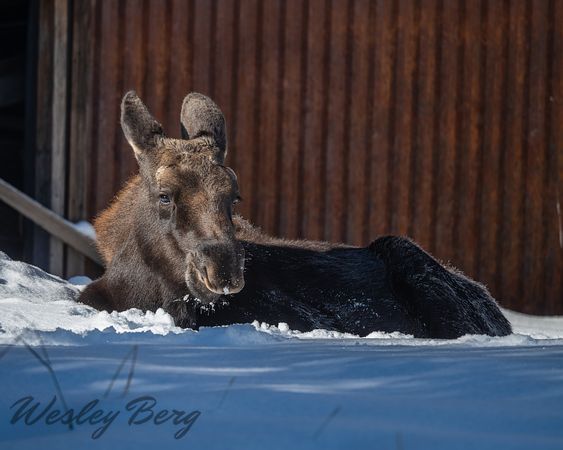 Linus in the Snow in Front of a House in Silverton 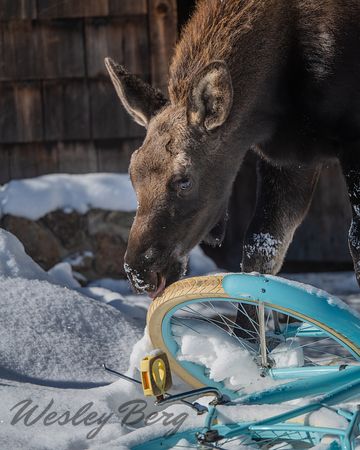 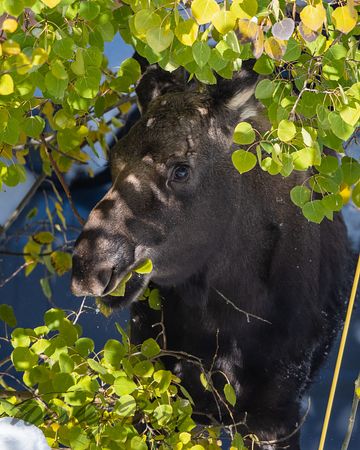 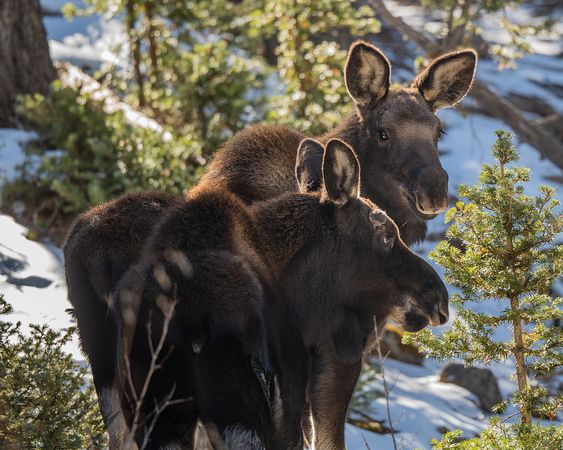 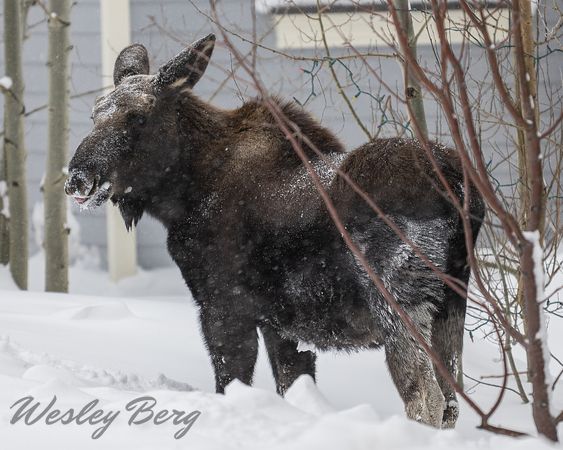 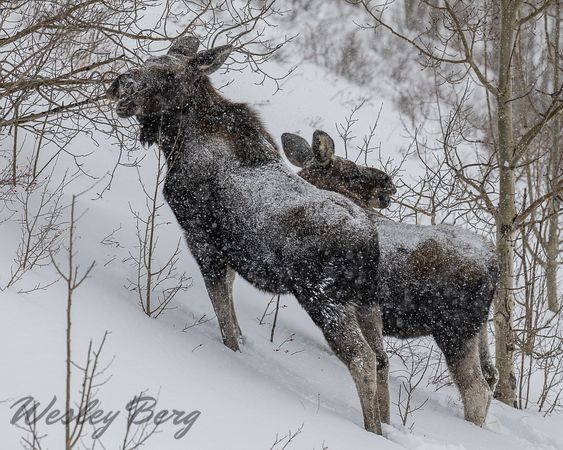 Up above the Shrine Road 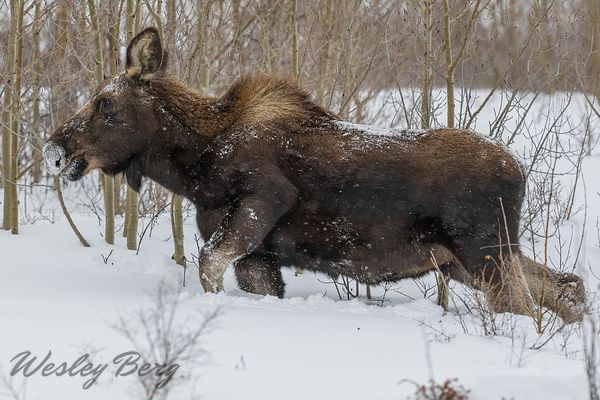 Lucy Wading through the Deep Snow